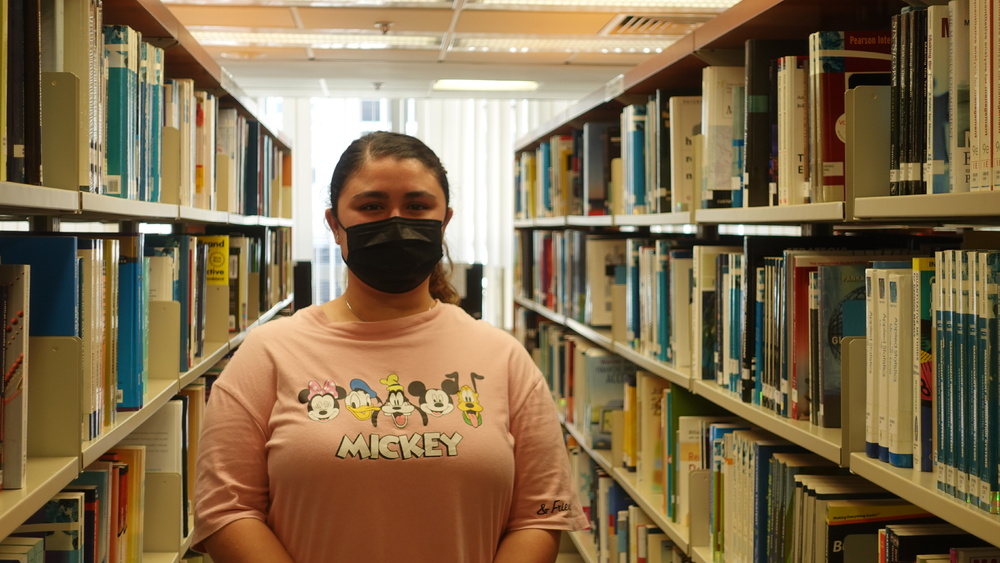 A dream of attending university is coming true for Basma Akbar, an ethnic Pakistani, and that is thanks to her own efforts working four days a week to pay her own way through school as her family doesn't support higher education for women.

The 23-year-old has just finished an associate degree in English literature at HKU Space and will soon be reading English language at City University in the hope of teaching the language some day.

Akbar's dream started in secondary school, where a teacher put her on the path by helping students and trying to lead them to a better future.

"My English teacher would treat us students like friends, to the extent that I could even share my concerns with her," Akbar said.

Mathematics was never her best subject, and that showed in her 2017 Diploma of Secondary Education exam results, but Akbar did not give up. After finishing a foundation diploma, she went to CityU to read hotel management in a bid for an associate degree under her family's advice.

Working on shifts during an internship was very draining, but that did not stop a plucky Akbar from chasing the English literature associate degree to get to university.

School life has never been easy, as she was not financially supported by her family. "[My parents] stopped supporting me through school since the second semester of my foundation diploma, as they thought it was a waste of time studying for so many years," she said.

"In our culture, we do have a perception that girls do not have to study that much, and usually get married at an early age." Among Akbar's classmates, only three of them kept on studying after graduation.

Apart from working four full days every week when studying in HKU Space for two years since 2020, it took her four hours every day to commute between home in Pui O and the HKU campus in Kowloon Bay.

"Sometimes my assignment deadlines or tests would clash with my work schedule," she said. "I will not work if I have a choice, but I do not have a choice."

Akbar is grateful to HKU SPACE CC lecturers. "They gave me a lot of advice for my occupation, it makes me respect them more."

She will be attending CityU as a senior-entry student in September. She hopes DSE candidates aren't afraid of failure. "Whether studying or start working, it is your own choice," she said. "Failing is okay, and your life still goes on. The DSE doesn't mean a stop to your life, it is another starting point. My message: do not give up."